The title of this post is derived from a conversation I had with an old man in Lalibela. As with many other Ethiopians I’ve met, he thought I could speak Amharic but when I told him “no I don’t speak Amharic but I’m from Ghana”, his response was “oh Ghana? Accra! Black stars! Remember you habesha because you’re black and black is like diamond”. That short interaction was another unique chapter in my effort to fully understand why Ethiopians are so proud of their blackness. Coming from America where ones blackness or skin color is often used as a tool for marginalization, I must say it’s been great living and exploring a country where blackness is held at such a high esteem. As usual, I’ve added some photos because we all know photos on a travel blog is the equivalent of free pizza at a college campus event. 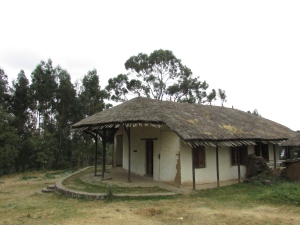 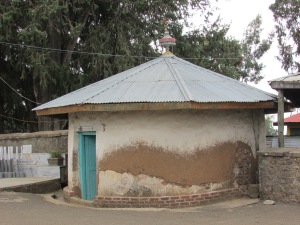 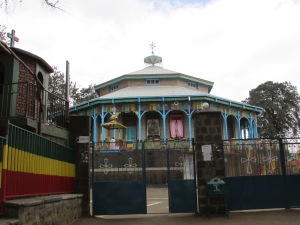 The new orthodox church building in the Entoto Hills

As many foreigners experience when they first arrived in Ethiopia, locals often approach you wanting to know where you’re from in efforts to offer their help. Often times there those cases where the particular individual might just want to make a few bucks off of you instead of actually helping. I’ve had several interesting interactions, both good/bad with such locals who are mainly young men in their 20s and 30s. What stuck out to me the most is the way they approach people depending on whether the person is a “faranji” or “habesha”. Faranji is what locals mainly call Caucasians while habesha is reserved for Africans or people with darker skins. I wouldn’t say there is a sense of discrimination but being that Ethiopians are very proud of their blackness, a habesha is bound to easily assimilate into the society faster.

Anyway, in the first couple of weeks, I would often have people come up to me speaking Amharic or frankly stare at me in confusion when I couldn’t answer their questions in Amharic. In the little English that some could muster up, I’d often hear “you habesha but you not speak Amharic”. Confused, I sort to make it an additional project to find out what this word habesha really meant and what it meant to be one. Since I wanted to get my Watson project started early before the tourist season began, I went east to Dire Dawa and Harar where I spent two weeks doing my project and exploring. Dire Dawa is the second most populous city in Ethiopia but honestly the most peaceful and relaxing of all the places I’ve visited in Ethiopia so far. As it was in Addis, people thought I was Ethiopian, well specifically from the southern part where the people have a wider nose and a darker complexion like I do. Becoming acquainted with the locals over chai (shai) or coffee (bunna) and pizza, I slowly started to learn what habesha means and why many Ethiopians love to refer to each other/fellow Africans as such. 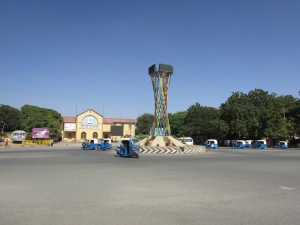 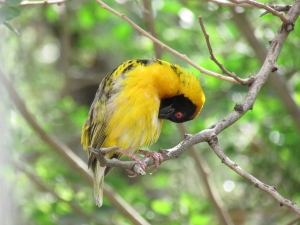 Playful yellow weavers are all over Dire Dawa 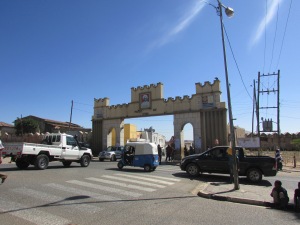 The entrance to the beautiful walled city of Harar-Jugol

Bear in mind that there’s much more historical meanings associated with the word habesha but for the purpose of this blog, I’ll focus on its social and practical meaning. In short and by definition, habesha means black. In practice, Ethiopians use habesha to denote a sense of common unity- community- with each other based on the fact that they’re all the same by blood and color regardless of ethnicity (Amhar, Afar, Tigray, Oromya, Somali, Gambela, etc.). In my experience as a Ghanaian, they refer to me as habesha because of my skin color and my blood from my African roots. I found this realization very fascinating because in Ghana and other African countries I’ve visited, I’ve never felt or experienced the sense of pride locals have in the fact that they are black and African- It’s honestly quite beautiful. As I travelled further, this realization has made my experience in Ethiopia quite enjoyable. When I tell people I’m from Ghana, they prefer to call me “brother” and some even like to invite me to have traditional coffee or chew Khat with them- I can’t say no to coffee but I prefer to chew raw sugar cane when offered khat.

Understanding what it means to be habesha and experiencing Ethiopia the habesha way has also come with several perks as well. For instance, being a habesha means you have to or you will eventually be taught how to perform the Ethiopian traditional dance which wasn’t as difficult as I thought it’ll be. In the northern part, the traditional dance involves the use of the upper body and shoulders while the southern part utilizes the lower body. Learning the dance was quite easy for me because my friends know I’m always that guy who prefers to stand in the corner and move his shoulders instead of actually dancing. Well the traditional dance is more intricate than that but I must say on the several occasions when I was invited to dance, I killed it! 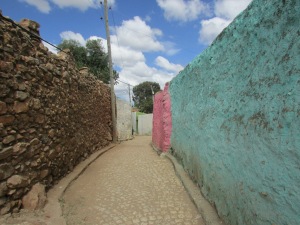 Getting lost in the many colorful alley ways of harar-jugol 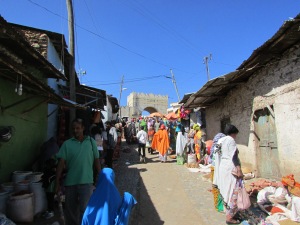 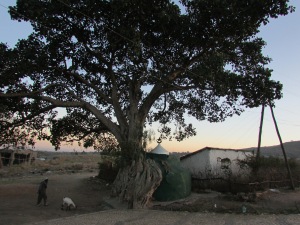 Of the 82 mosques in Harar, this was my favorite one

Another local perk of understanding and adopting this habesha identity was that I often got the “habesha price” or local price when shopping or taking the bajaj which is quite awesome- sorry faranji’s haha! But more importantly I valued the intangible perks of this identify much more because I’ve been able to understand the importance of “blackness” and its centrality to Ethiopian culture and myself as well. Furthermore, I love the fact that Ethiopians take pride in their blackness unlike some African countries- Ghana included – where the psychological effects of colonialism has caused some locals to shun their blackness both mentally and phenotypically. I could go on and on but in short, I am quite impressed because one of the main reason I chose this country was because it is many ways the de facto capital of this beautiful continent.