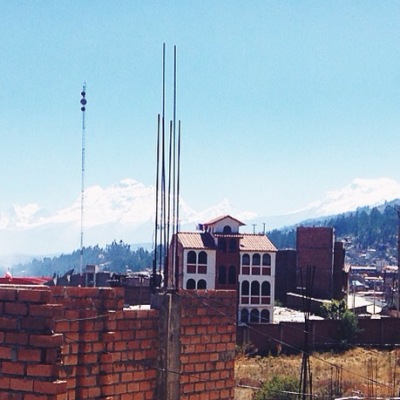 I find myself out of breath writing this post as I am about 10,013ft above sea level. The altitude has definitely affected me as I find myself panting while walking through the narrow and busy streets – like I’m not that out of shape, or am I?. I’ve been drinking tons of water, eating food high in carbs and getting some rest to aid my acclimatization. Anyway, Huaraz is an agriculturally important town in north-central Peru that is nestled within Cordillera Blanca and Cordillera Blanca, two massive mountain ranges that are part of the Andes. Huaraz is a fairly small town central to several Andean communities and also overrun with tourists and hard-core mountain climbers. Despite its beauty and bustling activities, poverty is a very visible issue in the lives of many of the locals. It definitely saddens me as my touristy eyes may see the areas as very photogenic but the lives and daily realities of the people aren’t as photogenic…

Traveling to the town took me about 8hours by bus as the town is about 420km north of Lima. I’ve been staying at a very affordable hostel (Alpez Huaraz) which is in a very quiet neighborhood with beautiful views of the mountains. The staff is okay even though some of them always seem to be urging and encouraging people at the hostel to drink and go to parties- I politely declined and they seem to respect my decision so far. The only issue I have of the place is the messy roommates I have. I know I am not OCD but I definitely do have a tolerance level, which has been shattered by the messiness of these people. Definitely not going into details- too much- but for now, I’m going to manage and definitely leave my options open in terms of finding new accommodations.

My journey here was really smooth as I opted to take Cruz del Sur, the company recommended by the Pariwana staff. The bus ride was just amazing as you are greeted with beautiful agricultural towns, farms, hills and mountain ranges. During the bus ride, I was honestly saddened by the fact that I wasn’t sure if my words would be able to paint as vivid of a scenery I saw throughout the journey. 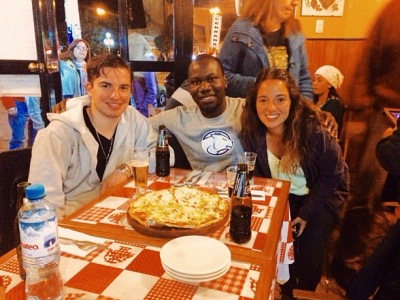 I was also fortunate enough to sit next to an Argentinian, Marcos whose English was way better than my Spanish. He helped me navigate the security checks and in turn, I pretty much answered the many questions he had about America concerning race, class, opportunities and economic issues. We’ve remained in contact since arriving in Huaraz and he connected me to a psychologist friend of his who’s in also in town but stationed near the Amazonas where she helps a community center that serves as temporary shelter for students from Amazonian communities who have to commute hours to attend school outside of the “jungle”.

Being productive here has honestly gotten to a better start than imagined. As I stated in pervious post, I came to Huaraz because there are several community oriented programs that can serve as a good lead into my project. In following that, I visited a local NGO (Instituto de la montaña) as recommended by a contact I met from Peace corps Peru. The institute is the Peruvian counterpart of the American organization, the Mountain Institute which is funded by U.S in efforts to combat climate change issues. Although the person I was supposed to meet at the institute is out of town for a few days, I met Sam, one the volunteers at the institute who gave a great insight into the work of the organization. In short the organization serves as an intermediary between the government, local leaders and all the players involved in dealing with climate change issues concerning accessibility to water in the area. This is primary because runoff water from glaciers serve as the main water source for the town. However due to climate issues and capitalist ventures of the government, many of the neighboring communities lack access to the water which is rigidly controlled by several forces. In a way, companies have strongholds over water in a similar nature as Con-Edison has a monopoly over NYC’s electricity. 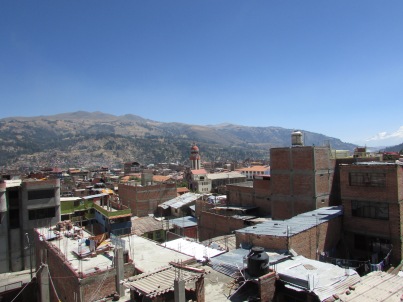 Although the institute is not as health related as I wanted, it was certainly great to learn about their conservation programs and level of community engagement in the Andes. I plan to keep in contact with them as Sam was able to find me some American contacts in the area who are working on their public health dissertations as well as Spanish tutor. Additionally, the institute seems to be open to volunteer positions available, which would be a good way for me to remain productive since the definition of public health can be expanded to include climate change issues. For the next coming days, I plan to track down some more local NGOs and make use of the connections I have established. I also plan to go a few day tours of the Incan ruins and the many Lagunas, hopefully, I would have acclimated to the altitude by then.